The Chartered Institute of Logistics and Transport is pleased to announce Dato’ Ts Abd Radzak Abd Malek FCILT as International President Elect. Radzak will assume the Presidency in January 2020. 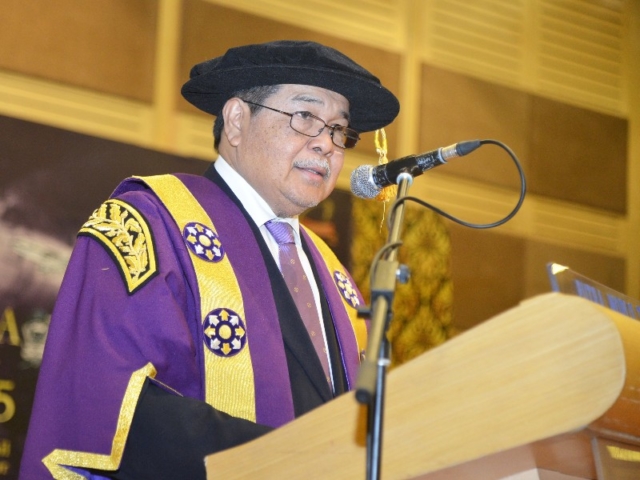 Continuing the excellent work done by current International President Kevin Byrne, Radzak is determined to keep Young Professionals at the heart of the CILT International agenda. In addition to awareness and outreach programmes intended to increase the profile of talented Young Professionals, and a policy to ensure all branches have YP facing structures, Radzak will integrate our YP network with our Career Development tools, allowing tomorrow’s leaders to anchor the journey from Member to Chartered Member and beyond.

As a strong supporter of women in the workplace, Radzak will also focus on assisting the creation of WiLAT chapters in all CILT branches. In countries where there is no CILT presence, neighbouring branches will be encouraged to support WiLAT oriented activities, with the long-term view of establishing a full CILT and WiLAT presence.

Furthermore, Radzak is keen to see growth in the number of WiLAT members. In addition to a number of outreach and awareness campaigns, he will put the support of the International Presidency behind a Members-Get-Members recruitment drive, to ensure we are reaching out to and representing all women working in our industry, at all levels and in all countries.

In the spirit of Stronger Together, Radzak will seek to widen CILT activities in all countries with established CILT offices, and strengthen CILT in other affiliated member countries. He will also seek to strengthen our Regional Forums to encourage better understanding of the cultures, opportunities and challenges of different countries.

Speaking about the appointment, Dr Dorothy Chan, former CILT International President backed Radzak to succeed. ‘I give my full support to Dato’ Radzak’s appointment as CILT International President. He has been a strong leader for CILT Malaysia, which is growing fast, and through his commitment and vision will, I am sure, lead CILT to even greater things. He is a strong supporter of the interests of Young Professionals, and under his Presidency CILT Malaysia was among the first to form a WiLAT Chapter. Since then he has given unwavering support to WiLAT activities, which fully demonstrates his commitment to equality in our industry. He is a respected member of CILT and a good friend of mine.’

The Minister of Higher Education in Malaysia, YB Dato’ Seri Idris Jusoh, commended Radzak’s vision, saying that ‘(his) exemplary leadership has certainly benefitted many in the education community, in line with the Ministry’s Soaring Upward mission. I strongly believe (Radzak) will provide strong leadership to CILT International to further the cause of the Institute, not only in Malaysia but more importantly to other regions worldwide.’

Voicing his support for the announcement, YB Dato Aziz Kaprawi, the Deputy Minister of Transport in Malaysia, pointed to Radzak’s great contributions to the Logistics and Transport industry, and in Malaysia in particular, saying ‘We trust that the Institute has made the right and excellent choice based on (Radzak’s) knowledge, expertise and experience. We were indeed proud to work with (him) and CILT Malaysia, with (his) significant contributions to the Ministry of Transport Malaysia’.

These sentiments were further echoed by YB. Dato’ IR. Hj. Nawawi Bin Hj. Ahmad, Chairman of KTMB, who said ‘Everyone wants success…(Radzak) knows that hard work and great dedication is the way to go.’ Whilst in a letter of support, Mr. Voravuth Mala of the State Railway of Thailand recognized Radzak’s long service to the industry and pointed to a prosperous future for CILT with Radzak at the helm. ‘I am looking forward to working closely with (Radzak) and strengthening the co-operation between our organisations.’

Born in Kampong Gunung Mesah Hilir, Gopeng, a village in Perak state, Radzak started his 37-year career in logistics in 1972 as a Railway Station Master with Keretapi Tanah Melayu Berhad (KTMB), the Malaysian national rail carrier. After obtaining a BA (Hones) from the Malaysian Science University (USM), Radzak continued his journey with KTMB, culminating in his appointment as Managing Director in 2007.