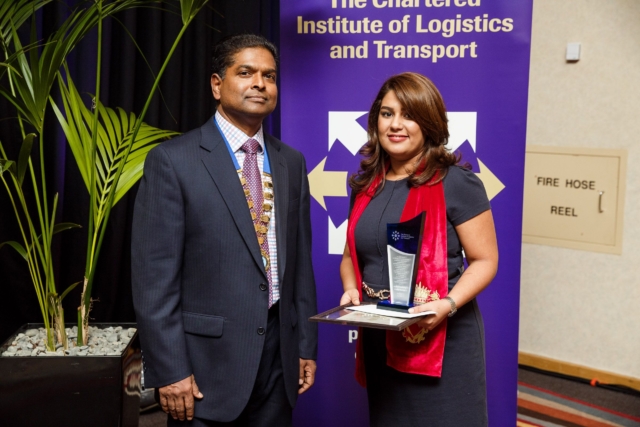 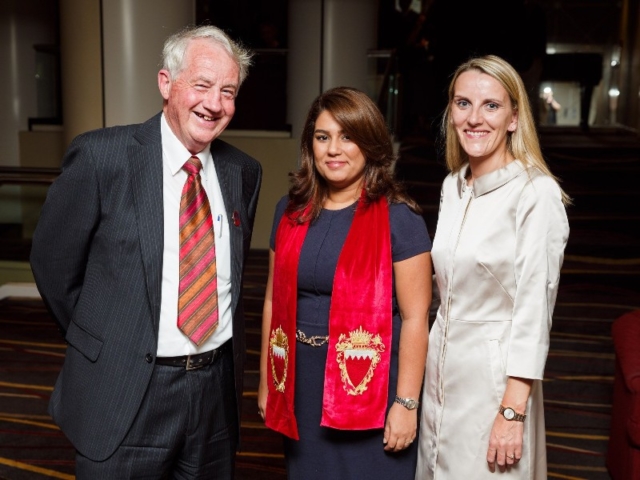 Aysha with Chris Kissling and Lorraine Cowley her Bahrain Tutor

This year we had three nominations submitted by John Webb, CMILT, MApplSc (Lincoln Univ), (a NZ registered member of the Institute) who is heading the Bachelor of International Logistics Management at the Bahrain Polytechnic in the Kingdom of Bahrain. It was as well that the criteria for this award were amended from 2012 as we had no nominations for students who undertook undergraduate projects in any New Zealand Tertiary Academic Institution. That fact in no way diminishes the merit the judges saw in the nominations received. The judges had no misgivings in awarding this particular undergraduate category to a student studying outside New Zealand, joining previous foreign student winners who came to New Zealand for their undergraduate studies. This year is a first for CILT in New Zealand in opening some of our academic awards to nominations for students studying overseas. It represents another facet of export education for New Zealand, recognising the role of NZ CILT members delivering quality education opportunities in other countries.

The Award will consist of a cash payment of $500 as a contribution to the winners attendance at the Awards function or to their professional development.

Nominations for this award will be made on recommendation of the Program Director, for the student who has achieved the highest overall performance in the UK Professional Diploma. The eligibility period will be for the previous academic year. The award will consist of a cash payment of $500 as a contribution to the winner’s professional development. 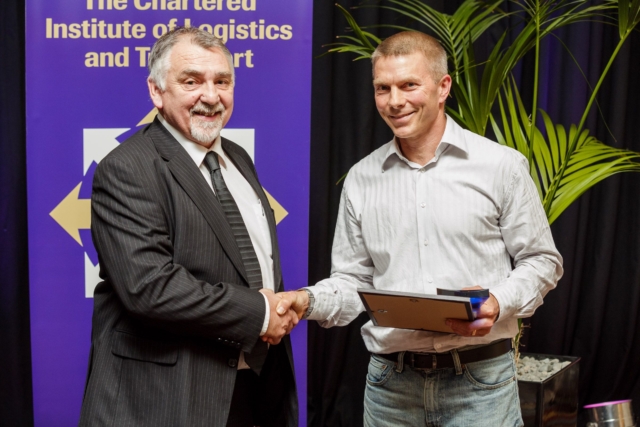 The Ministry of Transport Merit Award

The Ministry of Transport sponsored award of Certificate of Merit was presented to Mark Williamson from Lincoln University for his Master’s Thesis on Analysis of the influence of Residential Location on Light Passenger Vehicle Energy Demand. Mark was nominated by his supervisor, Dr Jean-Paul Thull.

Mark’s work to model the distance travelled by residents and the subsequent integration of this data with GIS is interesting and reveals new information. His model could be used in other areas. Mark receives an award of $1,000. 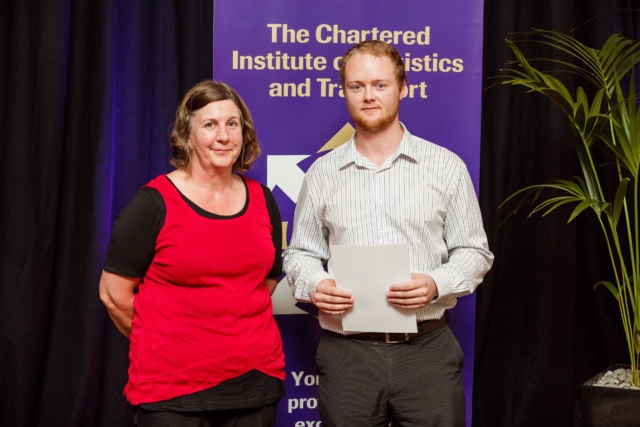 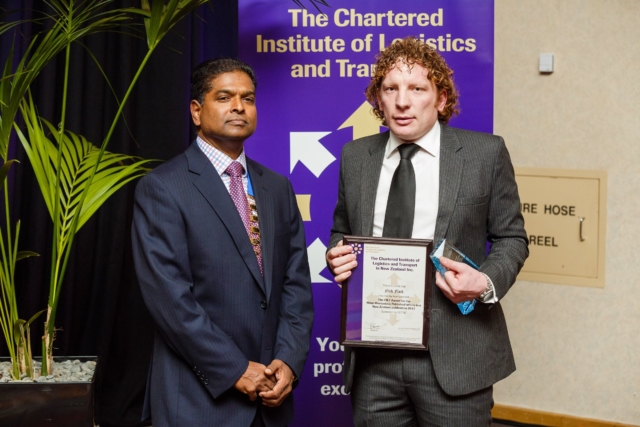 The CILT Award for the Most Meritorious Presentation

This Award is for the most meritorious New Zealand presentation to a supply chain / logistics or transport forum, or a CILT meeting during the period 1st July to 30th June. It is Awarded annually. The Award also consists of $500.00 prize money. 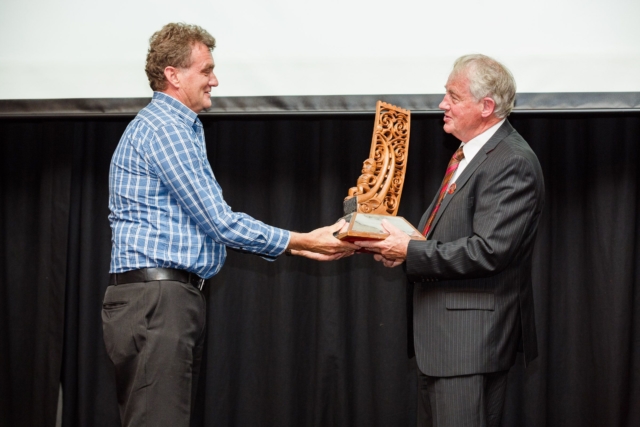 Harry Wilson from NZTA, who collected the award on behalf of Marinus La Rooij, with Chris Kissling

The CILT Award for Implementation and Practice 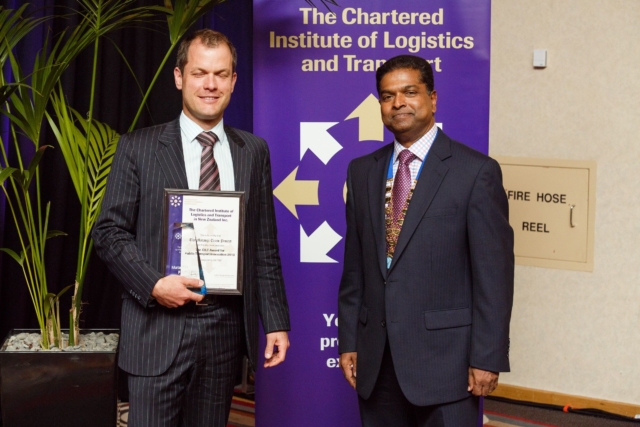 Craig Landon of Dexion and Chris Sutherland of C3 Limited

The CILT Award for Safety, Security and Environmental Innovation This Award is a memorial to Norman Spencer, the first Chairman of the New Zealand Division of The Chartered Institute of Transport, 1959 – 1962. This Award will only be made to recognize a person of the highest calibre from within the transport and logistics sectors. The person is to have made an outstanding contribution over time to the sector as well as contributing in a meaningful way to the activities of the Institute. 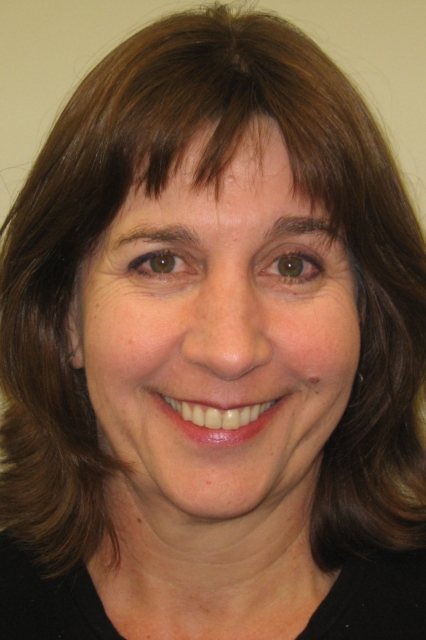 This Award is a memorial to the late Sir Bob Owens, one of the industry’s most respected leaders. Nominations for the Award will be sought by the Council of CILT through its own network of branches and sectors. Nominations are to be supported by full details of the nominee’s achievements, contributions to community and experience. 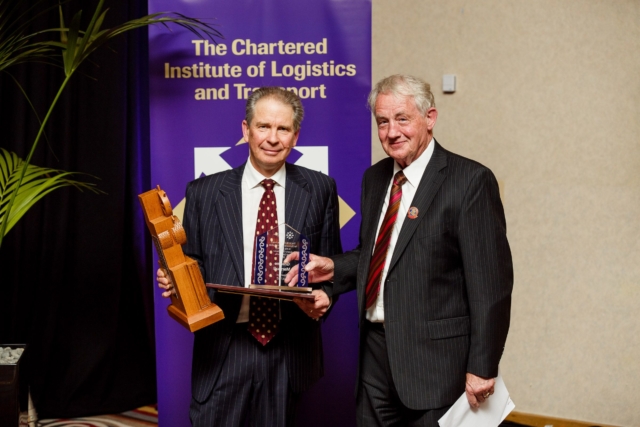 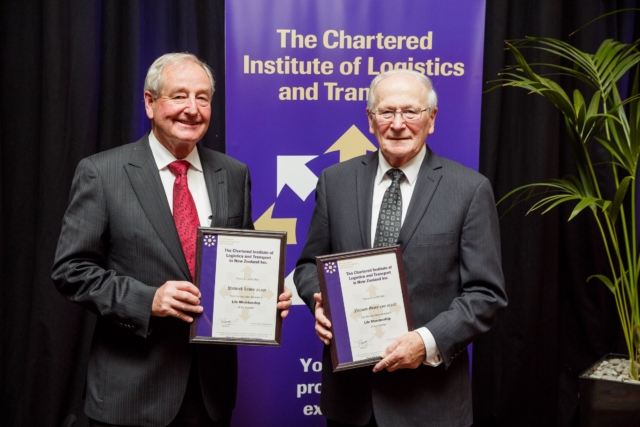 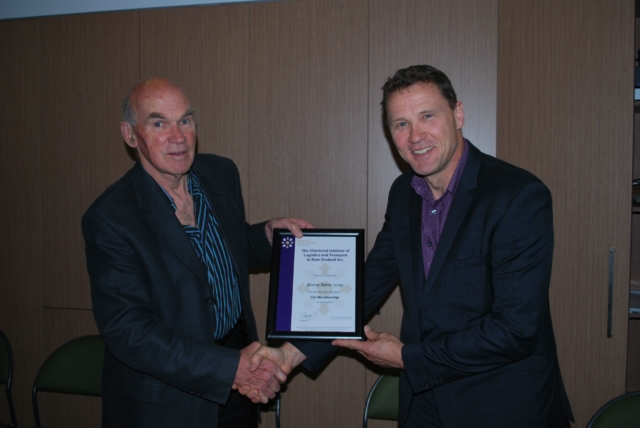