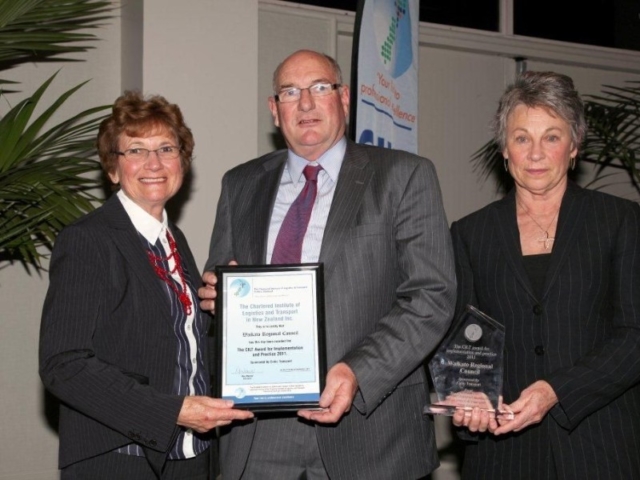 Recounting her career, Ms Meharry recalls her first job with the-then Whangarei Harbour Board (now Northland Port). “I became very involved in the port improvements that were being undertaken for the New Zealand Oil Refinery that had been built at Marsden Point,” she says. “Sometime later in Auckland, after raising two children past the messy stage, I took up a position with New Zealand Forest Products (now Carter Holt Harvey). I had a number of wonderful and interesting positions in management and sales with the company over 20 years, predominantly relating to logistics. In 2002 I joined Cubic Transport Services to manage a new 3PL the company had set up to transport all inter-island freight for Goodman Fielder and Bluebird. When the ownership of Goodman Fielder and Bluebird changed, my role moved into assisting with finding the best and most cost effective logistic options for all Cubic Transport customers, including Bluebird. “During some of this time I was also a logistics consultant working as part of a team on comprehensive reviews of logistics for large manufacturers.”

Ms Meharry says she has always been attracted to the sea, enjoying a lot of boating in harbours for example, and believes this passion has served her career well.